Churches Helping Churches in Haiti – 2 months after the earthquake

It was a typical end of winter-can’t-wait-until-spring Friday night…dinner and then out to redbox when I received a phone call from an old college friend a couple weeks ago. After a bit of small talk, my heart almost stopped beating when he said, “Kenny, I have an intense question to ask you…Can you be in Haiti this upcoming Wednesday?”

The 7.0 earthquake of Jan 12th shook us all. The stories coming out of Haiti were almost unbelievable, except that we had video and photos to prove the reality of the situation. What followed was an amazing outpouring from the worldwide community to the poorest country in the western hemisphere. Politicians, celebrities and average citizens did their part in donating money, clothes, food and other essentials to the cause.

Pastor James MacDonald of Harvest Bible Chapel in Chicago and Pastor Mark Driscoll from Mars Hill Church in Seattle began discussing the needs of the local church in such times of catastrophe. They recognized a need and formed a new NGO (non-governmental organization) called Churches Helping Churches.

Through our phone conversation, my friend Tom shared with me his recent position as the Executive Director of Churches Helping Churches. He was heading to Haiti the following Sunday and need a photographer to join him. In just two hours after our phone call, my plane tickets were booked for Port Au Prince, just 15 miles from the epicenter of the earthquake.

I would only be in Haiti for 48 hours. We spent most our time meeting with various church leaders listening to their stories and hearing their needs. Though two months have passed since the earthquake, Port Au Prince still lies in ruin. From our experience driving through the city, the efforts to break down the rubble have only begun.

This used to be the site of a large school. This is also one of the few examples of a site that has been cleared out…most collapsed buildings are still as they were just moments after the quake hit. 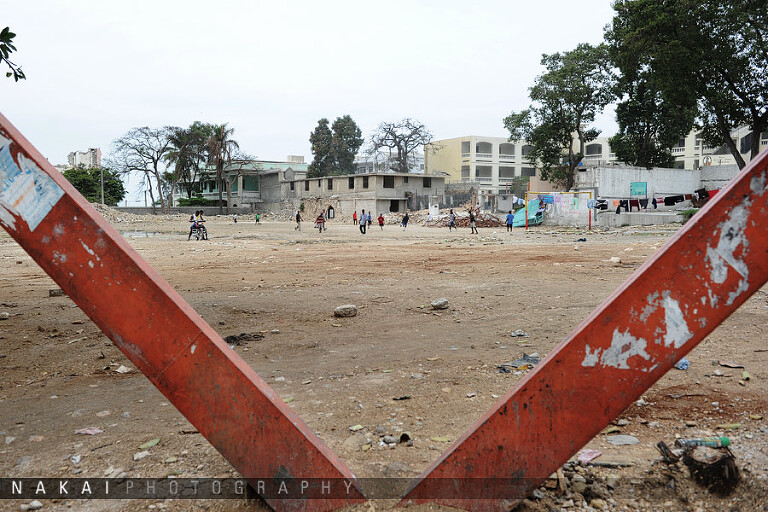 This was a large Catholic church in Port Au Prince… 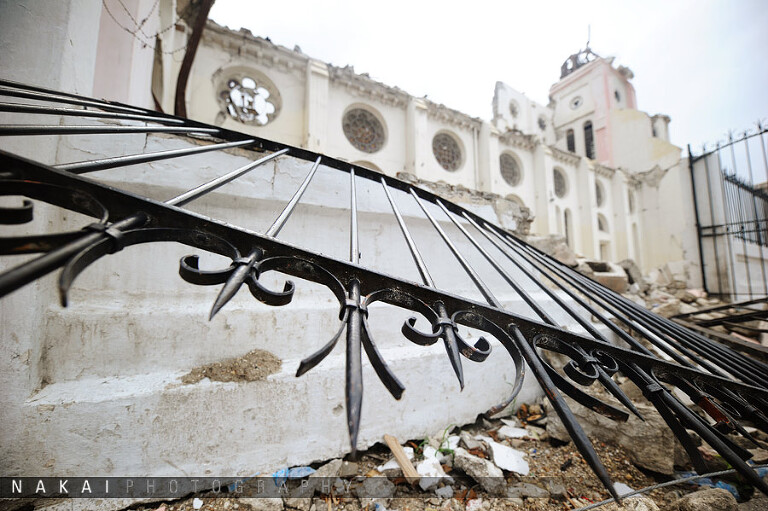 The Presidential Palace in Haiti. I felt like I was in a movie witnessing the destruction of a nation’s capital, except this was not the result of a screenwriter’s imagination, this was real.

I found this image of the Presidential Palace on Flickr

Here it is now. 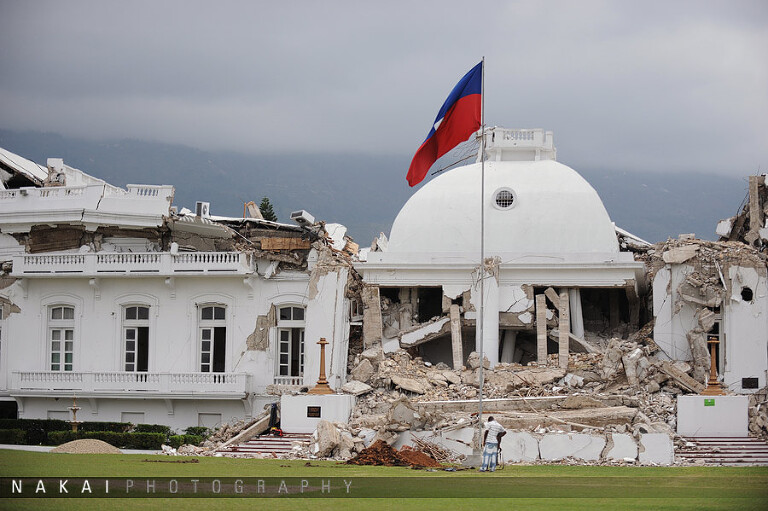 The tent cities are getting a lot of publicity in Haiti. Majority of the people living in Port Au Prince live in these tent cities. There are over 400 off these scattered throughout the country. Though many lost their homes in the earthquake, many homes remain standing. And even though structural engineers have said some buildings are safe to live in, most Haitians do not want to be inside of a building and choose to live in their tents. 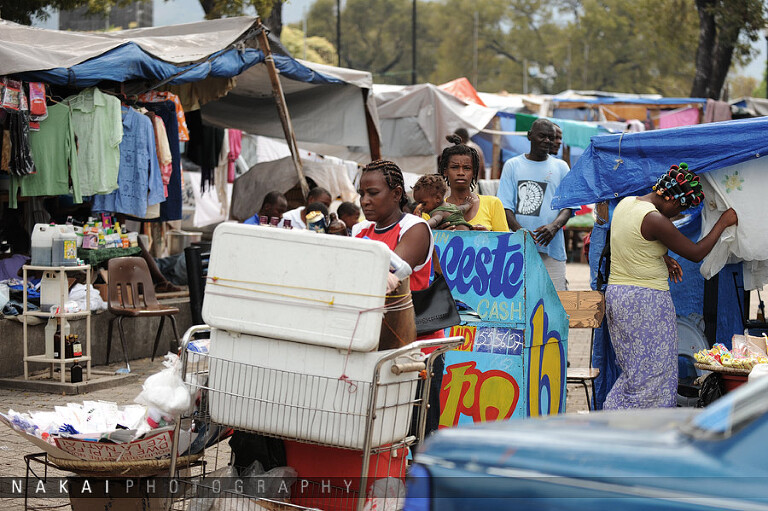 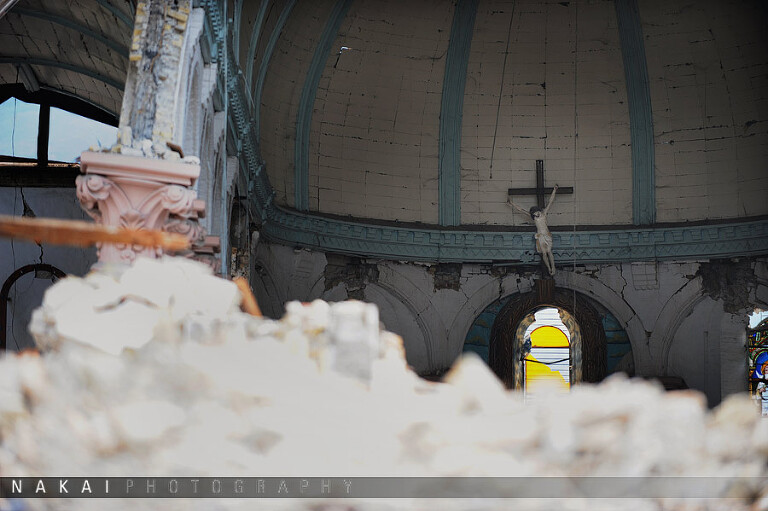 As I mentioned before, most of the collapsed buildings are just as they were two months ago. 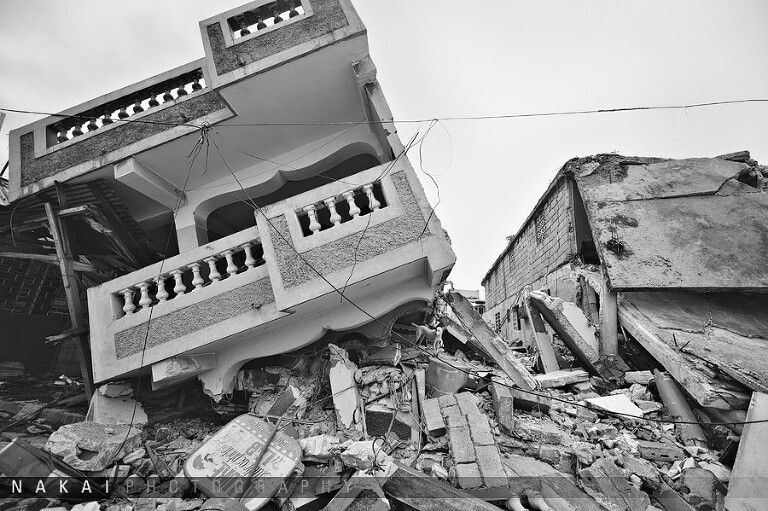 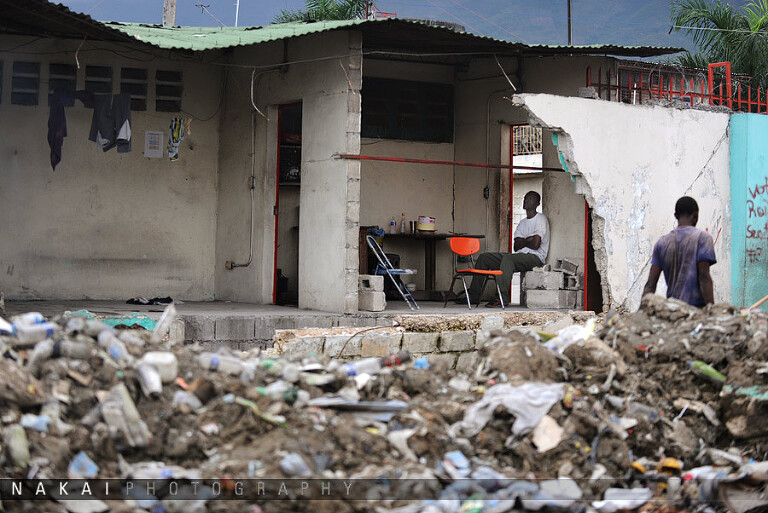 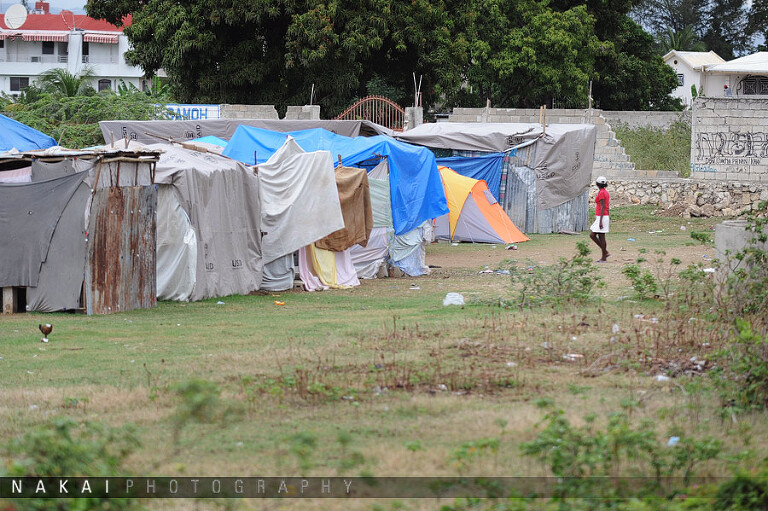 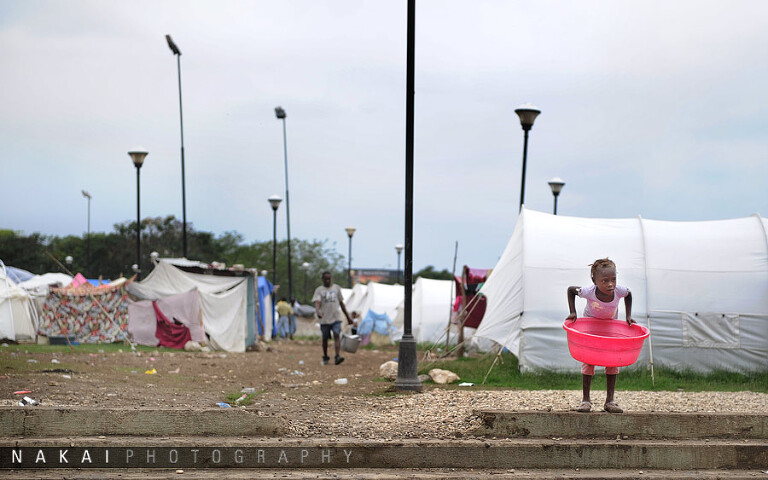 Haiti was shaken to the core with this earthquake. And while I witnessed a lot of destruction, I also saw a lot of relief work. 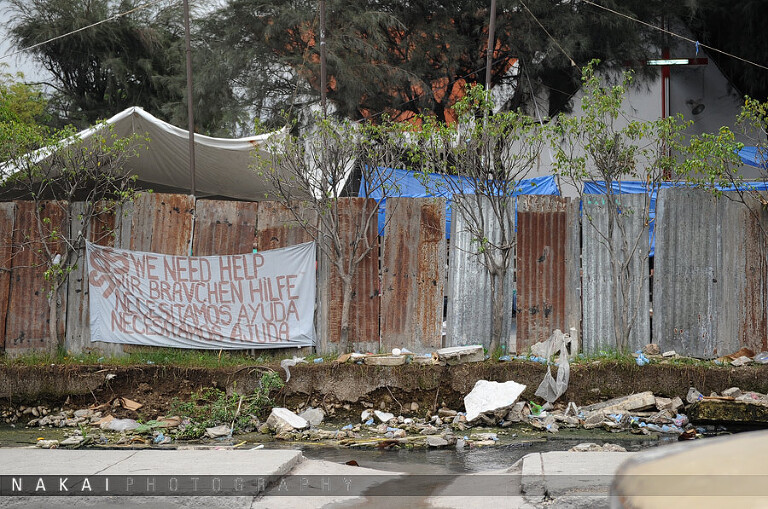 The world community banded together and brought food, shelter and medicine to the Haitians. Samaritans Purse, World Vision, Salvation Army, USAID, UN, Red Cross, IOM, Doctors without Borders were all visible in our time in Port Au Prince. 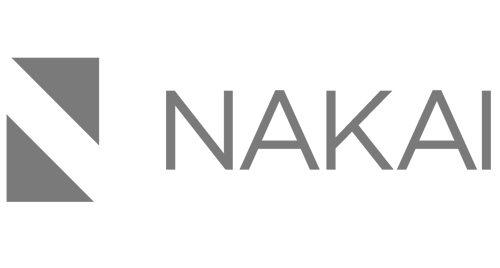